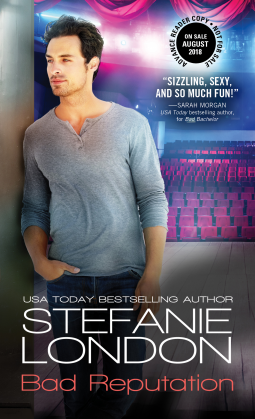 Wes Evans, son of Broadway royalty, just wants to achieve something without riding on his family’s coattails. Too bad the whole world is talking about his sex life after the notorious Bad Bachelors app dubs him “The Anaconda”. But when he sees a talented ballet dancer, he knows she is exactly what he needs to make his show a success.

Remi Drysdale only had one thought when she fled Australia for New York—never mix business with pleasure again. Ever. She gets the perfect chance to reclaim her career when a handsome stranger asks her to audition for his show. Remi promises herself not to tangle with the guy who holds her career in his hands…no matter how enticing his reviews are on the Bad Bachelors app…

Whew, the last quarter certainly bounced back and saved the book for me. After almost certain my expression frozen in disapproving expression, the turn of event dissolved it and my bad-temper along with it. Saved by disaster!!

I’m sorry to say this second installment to the “Bad Bachelor” series was a bit of a bore. Which was a pity because the characters were rather interesting at the beginning, but then it’s like a switch when off and Remi turned into this helpless damsel in distress and Wes… not that much help eh. Not to say I didn’t want Remi to help herself; after all what’s not to love about characters who pick up after themselves and rallied or one-upped their nemesis eh.

The thing is, for the majority of the story Remi struck me as feeling sorry for herself and ran out of trick to come over it to save her performance. As if that’s not enough, Wes seemed to bring out the worst in her. And I don’t mean it in a salty way opposites characters liable to do with each other, one that signified sexual tension between them. Nope. Remi turned weak and sentimental whenever Wes was around. Totally NOT what I pictured her when she was (first) introduced in “Bad Bachelor.” Then there’s the flattery worshiping expression (in both POVs) that had me gagging… too much is too much, dude!! Throughout the long foreboding read, I kept waiting when – FGS – the disaster would strike that when it actually did, I could only sigh and roll my eyes. Predictable to the t.

Fortunately, then things started to get interesting! Forced to face the consequence of their culpability, Wes and Remi reached out to people for some guidance that resulted in unexpected revelation. Personally I have reservation about the Bad Bachelor apps – that became the series’ name – and its creator. There’s something alarming about Remi’s mate (I thought so in “Bad Bachelor” and I still think so now) and their “unbudgingness”. While it promised some interesting story when their other half came into the picture, I lost respect for this person since #book1, so I don’t know. We’ll see…

But back to Wes and Remi, their owning up to their truth and trying to find the way to make things right lifted my opinion of them. Not enough to consider I liked “Bad Reputation” though, sorry. But at least I felt redeemed that I didn’t drop the book altogether. If nothing the last quarter was worth the read and compensated my view on Wes and Remi.

Advanced copy of this book is kindly given by the author/publisher via NetGalley in exchange for an honest review. 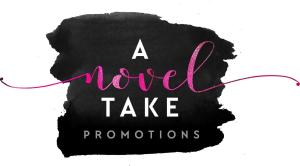 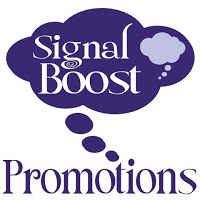